A government watchdog group said Friday that it had filed an ethics complaint against White House press secretary Jen Psaki for a comment she made about former Virginia Gov.

Terry McAuliffe, a Democrat who is running for election to his old post.

Citizens for Responsibility and Ethics in Washington said Psaki violated the Hatch Act when she appeared to endorse McAuliffe during a White House press briefing on Thursday. The Hatch Act prevents federal employees from engaging in political work while performing their official duties.

In response to a reporter’s question about Virginia’s Nov. 2 election, Psaki said, “We’re going to do everything we can to help former Gov. McAuliffe, and we believe in the agenda he’s representing.” 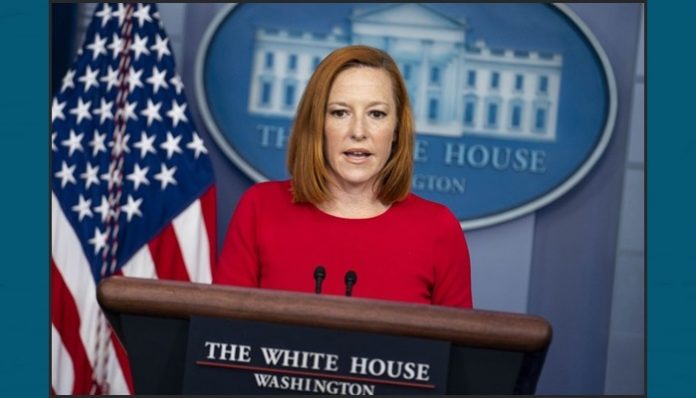 An ethics watchdog organization on Friday filed a complaint against White House press secretary Jen Psaki, accusing her of violating the Hatch Act.

In its filing with the Office of Special Counsel, the Citizens for Responsibility and Ethics said Psaki violated the act by endorsing the campaign of Terry McAuliffe, who’s seeking to regain his seat as governor of Virginia.
The Hatch Act prevents federal government employees from using their office to campaign on others’ behalf.

The alleged violation happened during Thursday’s daily press briefing when a reporter asked Psaki about the Virginia election. She initially said she couldn’t make an endorsement for McAuliffe from the podium, appearing to acknowledge that doing so would be an ethics violation.

Citizens for Responsibility and Ethics in Washington has filed a Hatch Act complaint against White House press secretary Jen Psaki, alleging that she appeared to have endorsed Terry McAuliffe during a White House press briefing on Thursday.

According to the US Office of Special Counsel, the agency charged with investigating Hatch Act violations, the law prohibits federal employees from “using their official titles or positions while engaged in political activity,” including “any activity directed at the success or failure of a political party, candidate for partisan political office, or partisan political group.”

During the briefing, Psaki acknowledged that she could not make an endorsement from the podium, saying, “I have to be a little careful about how much political analysis I do from here, and not, not traipse into that too much.”

She then told reporters: “We’re going to do everything we can to help former Governor McAuliffe, and we believe in the agenda he’s representing.”

CREW took issue with that particular answer, saying in a news release that Psaki acknowledged the limitations that the Hatch Act puts on the statements she could make from the podium. However, the group believed that she stepped over the line with her comment.